NAFTA among many other ‘Regional Trade Agreements’ i.e., special Free Trade relationships between countries have formed the basis of  neo-colonialism, a transnational plutonomy horror show that we all buy into the moment that we think that progress is a cool idea to pursue for ourselves and our nation, but never care to ponder at what cost. We bought the lie and now have to get Self Honest about what we have all accepted and allowed in our attempt to become rich and powerful. Our demise has been directly created by our own Greed – yet, there is certainly a way out of it.

In my country, México, in 1994 we became part of the North American Free Trade Agreement (NAFTA) with the US and Canada. I can only remember the crisis of the subsequent years experienced by people that had engaged in housing mortgages adopting an ‘upgraded lifestyle’ that became impossible to sustain, eventually losing the house, becoming sick out of the amount of stress it represented to keep paying the bills, dying and passing on the debt of a house they no longer inhabited to their children. People sought ways to make money through counterfeits and robberies that affected my family, and consequently myself existing in a constant fear of realizing that our house was suddenly not ours and that unless we pay the bank, we would have to get out of it. This intermixed with the fear of a civil war with the Insurrection of the Zapatistas wherein I experienced the fear of war for the first time in my 7 years of age, which never happened, but nonetheless it was proof to know that there was something profoundly wrong going on when my currency went from  being 1000 pesos to 1 peso and believing that the only change was a ‘simplification’ to avoid all those zeros next to it, because that’s how we were taught to adopt the new currency rate.

México became part  of the GATT the year I  was born in 1986, and managed to follow all the ‘right steps’  toward becoming part of the ‘great league’ of the developed economies i.e. adopting free trade  in an attempt to become more powerful by being an ally with our northern neighbor(s). These were ‘good housekeeping’ measures acknowledged by the IMF as a potential candidate for a new ‘openness’ of the Mexican market such as implementing de jure Fixed Exchange Rate, Deregulation of Privatization - which meant getting rid of the State Owned Enterprises which had created the well known ‘Mexican Miracle’ from the 1940’s – 1970’s and privatization, introducing Capital Market Integration. However, such measures imposed overnight during Carlos Salinas’ term in office were absolute speculative measures wherein the capital influx that was suddenly being invested in Mexico - due to apparently successfully living the Market Fundamentalism of liberalizing everything – lead to a growing interest on our ‘under developed economy.’ Yet, the money was obviously well spent by our ‘authorities’ and according to an apparent  ‘lack of coordination’ with the US, we had a ‘liberalization miscarriage’ that caused the eventual downfall where the weakness of national reserves were hidden from the international panorama –IMF / U.S. -  and our currency devalued –some say - 50% in December 1994. This lead to an ultimate ‘bailout’ from our impending doom offered by no one else than Mr. CapitalismUS, which was  ‘offered’ in the form of the NAFTA that meant having ‘special relationships’ with the US and Canada, liberalizing trade which is another form of Imperialism where the hegemon of the coalition dominates the ‘weaker ones,’ and so the downfall of our nation began, not that it had been ‘great’ after the 70’s either.

The effects of ‘Free Trade’ in this country have been devastating as in any other country in the world that suffers the same Free Market disease, we were pushed to be the Hands that provide cheap labor to those that have the capital – U.S. - this also meant sending 10% of our population to the US to make a better living when seeing the rural agriculture camps being owned by corporations, forcing them out of the place with no further reason other than having better plans for their fields. Mexicans have ended up working in jobs that were Not preferred by Americans, while facing illegal treatment that is another form of calling a dehumanization that became part of an immigrants manhunt that continues till this day, not to mention the racial discrimination that is paired with the African Americans and any other race that is not ‘purely  white’ in America. Yet the remittances on a yearly basis have been ‘great’ to our economy which is what justifies the massive social problem that immigration represents, not to mention that people truly would like to come back home, and some are now coming back upon the impending doom that the U.S. is currently facing, which will inevitably also affect ourselves.

The same goes for people in the fields, in rural areas owned throughout generations by ‘indigenous people’  whose crops are systematically owned by the corporations that ‘distribute’ their products while paying them nothing for the amount of work, dedication and physical strain that such work implies. It is heartbreaking to see them, indigenous people that were once self sufficient living in the tranquility of the mountains now having to be selling candies and puffed Disney toys in traffic lights, becoming maids or even worse renting themselves to panhandle on the streets. It is also schizophrenic to know that we got the Richest man in the world living here, and currently I am able to connect to the internet thanks to his telecom enterprises;  we all wanted progress and ‘be a first world country,’ but never specified under which terms and conditions.

We export the best quality food and products there, so what we get at a popular level is ‘second class’ type of foods, selling our natural resources like oil to be refined and turned to gas there only to be brought back to be sold at a higher price, just because we don’t have the means to do the refined process, in other words, too expensive apparently. We have great resources and people willing to work, but when wages are significantly lower than our northern neighbor, our intellectuals and educated ones,  people that could make a difference in the country, go and live abroad to have a ‘high quality lifestyle’ that is only achievable to a minority in this country.

We have been continually existing in a fraudulent government just as any other nation while multinationals get all forms of subsidies to make business here, which is an ever growing presence in our day to day living, becoming so used to this fast food lifestyle that any remembrance of what was the world like before McDonald’s seems like an old past that most people would not dare to go back to, because: we 'embraced’ our progress, we liked our ‘Americanized’ way of living, and so wrought our own demise.  Our once state owned industries are now privatized, we bit the apple of seeking a superior status in our economy and the effects are half of the population existing in poverty, with massive Drug “Free Trade”, cheap labor, immigration and resources being sold to benefit our Northern neighbors. Yet, we have all complied to this ‘lifestyle’ of fast foods, images and worshipping the American Dream that is sustained by a feeble to non existent structure of psychological power embedded in a currency that remains as our exchange rate for practical trading purposes. I’ve heard a thousand and one great ideas to better our country, but our uncomfortable neighbor stands in the way of any form of sovereignty and frankly, I would not be able to trust our own government with such ‘power’ either, we have to become part of it too.

I’ve witnessed the effects from being a psychological ‘impaired’ society that is apparently incapable of ‘ever’ being equal to our Northern neighbor, we will always remain the slave labor force that ‘knows nothing’ and is easily sold for a sense of comfort and cheap quality goods that ‘make our day’ worth living for. It is a permanent ‘under development’ economy that has to sell its integrity to remain within the illusion of ‘peace and progress,’ which is also non existent due to the massive illegal gun trade as a result of our ‘War on Drugs’ to eradicate a problem that stems from having been psychologically ‘owned’ throughout over 500 centuries. The world has not changed at all, capitalism is Imperialism with the same tactics that lead Great Britain to become a Hegemon, later on leading the way to the US in our exact full circle historical resemblance of the Roman Empire and its ‘peripherals,’ but nonetheless the Empire must come to an end, and it’s already happening.

This is a sum up of what selling our soul to the devil in the name of success means and NAFTA was the act that consolidated this. However this can be applied to virtually any other nation that is coerced to form part of these treaties through a ‘diplomatic’ way or through the use of force i.e. wars. The latest introduction of Monsanto in our nation is just another necessary move to eradicate the traditional agriculture that has been existent for thousands of years, a certain move toward the end of any form of sovereignty left upon our most important source of food, corn. People are devastated, but we also became complacent to vote off our rights to be politically aware of how this entire crime against life took form in the shape of our progress and economic development. We are all paying the price for it and certainly, we’re not the only ones. 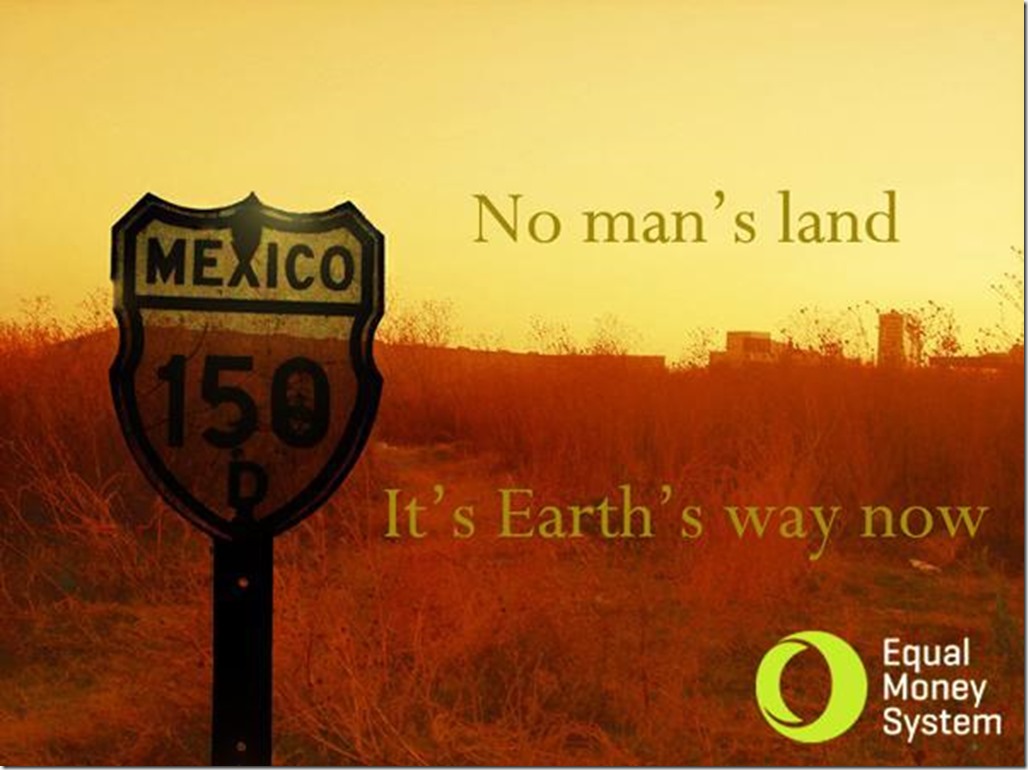 Who are The Corporations?